Resend confirmation link
Oops! Something went wrong while submitting the form.
May 4, 2020

With Facebook recently announcing an investment of $5.7 billion in India’s mainstream telecom operator, Jio Platforms, the PE firm Silver Lake, is following suit and ready to pay a premium.

Jio Platforms is the subsidiary of Reliance Industries with over 388 million subscribers.

Silver Lake, headquartered in Menlo Park and carrying $40 billion in committed capital and combined assets, has invested in many tech firms including Dell and Skype.

This year, it invested in Airbnb and Expedia on top of last March’s $1b investments in Twitter and Waymo.

Join to the Moonfare Platform 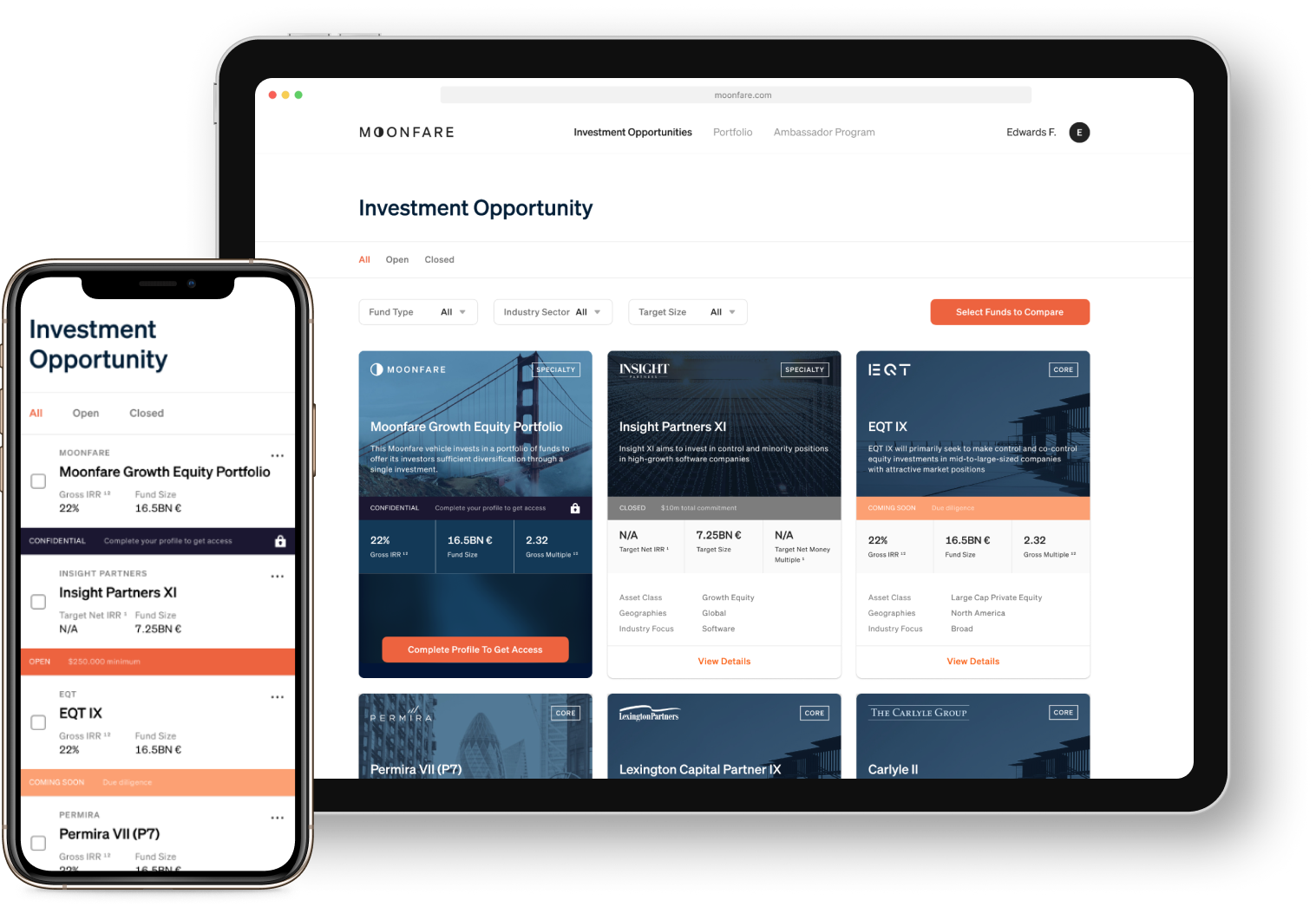 Moonfare gives you access to the top 5% of funds we review. Our clients have trusted us to invest over €500 million.