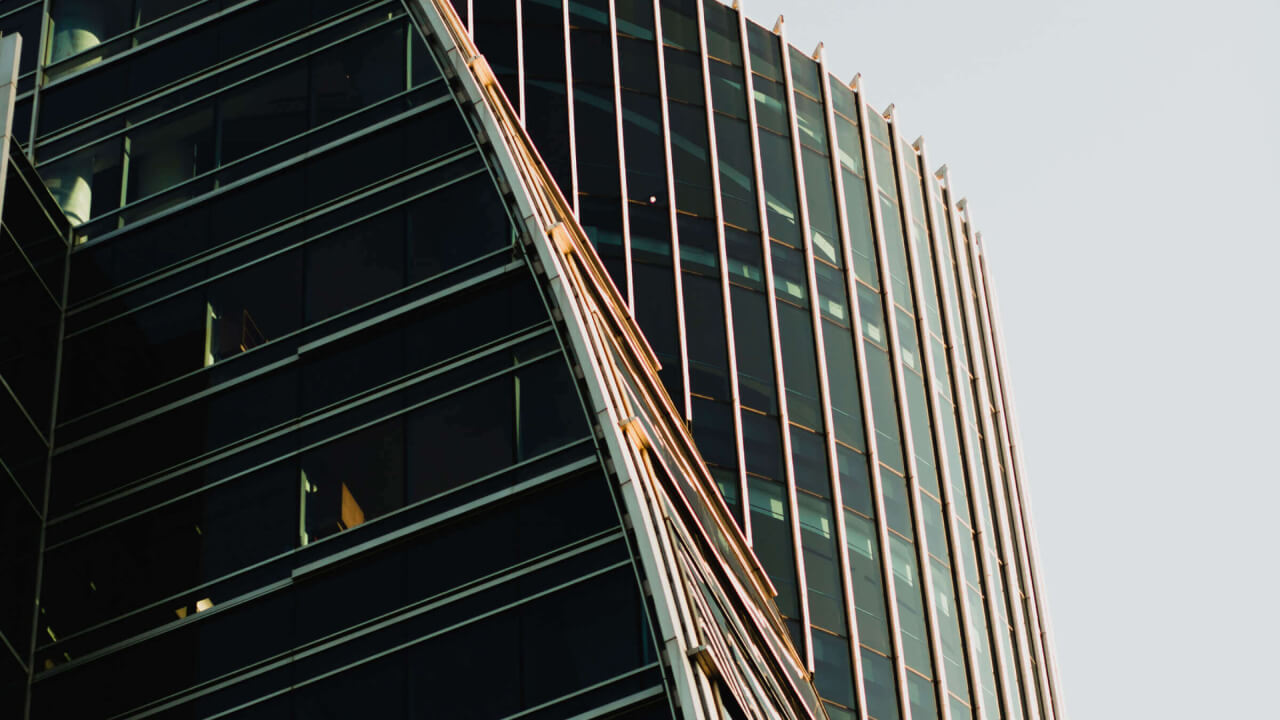 The competition for best deals in private equity is fierce and with rising valuations, fund managers are turning to increasingly sophisticated operational improvements to create value and boost returns for investors.

Private equity firms create value in three distinct ways: multiple expansion, leverage and operational improvements. In the 1980s, the primary source of value creation was leverage; since then, the industry moved away from financial engineering in favour of improving the operational performance of the companies it invests in. Many fund managers believe that transforming businesses has the potential to deliver more sustainable and replicable ways to create value in portfolio companies which can, in turn, attract a higher exit premium.

Almost all businesses can be improved in some way. Fund managers apply their deep industry expertise to uplift revenue, improve operational efficiency, retain talent, or increase the bottom line before selling upgraded companies for a higher multiple than they were acquired for. In recent years, these strategies have become more hands-on and tailored to each company’s needs and circumstances. Firms today also tend to activate their value creation playbook a lot earlier in the conversation with target companies - 80 percent of fund managers with more than $10bn in assets under management will engage in planning at or even before making the decision to invest, according to a 2022 KPMG report. ¹

But how does value creation look in real life? We explore five cases that deploy various operational levers, with a special focus on Environment, Social and Governance (ESG) considerations and digital transformation.

A classical example of creating value on the back of operational improvements is Carlyle’s 2004 buyout of AZ-EM, an operating division of Clariant, a global leader in speciality chemicals.² The firm, one of the private equity heavyweights, started its value creation initiatives by first reviewing all product lines to increase profitability - this means getting rid of ailing businesses or giving the promising ones more time to develop. Carlyle further streamlined operations, bringing margins up to industry standards, and started to manage working capital more aggressively, generating significant cash flows in the first year. Three years after the investment, the acquisition debt had been completely paid off and Caryle decided to sell 50 percent of AZ-EM’s to Vestar Capital partners for €1.4 billion, a 10x multiple. AZ-EM went public in October 2010, giving a chance to both private equity firms to reduce their stakes over time.³ ⁴

Cinven and Phadia: a case for product diversification

The buyout of Phadia, which is a leading provider of in-vitro allergy and autoimmunity diagnostics, is a telling example of how fund managers can increase value by supporting the portfolio company diversify its product offering.⁵ ⁶

These and other value creation initiatives - marketing revamp, rollouts in Asia, decreased lead times, larger sales teams - successfully translated to building Phadia into a lucrative business and attractive target. During Cinven’s ownership, EBITDA increased by over 50 percent from €96m to €146m, despite doing business in a recession. In a strategic move by a leading biotech product development company, Thermo Fisher acquired Phadia in 2011. The €2.47bn sale of the company resulted in a €1bn capital gain and 3.4x return for investors.⁷ ⁸

Summit Partners: an example of a buy-and-build

Buy and build can also be a great formula for expansion and added value. The strategy involves buying a strong platform company and building value through well-executed add-ons. According to Bain & Company, buy-and-build strategies give fund managers a way to “take advantage of the market’s tendency to assign big companies higher valuations than smaller ones”. ⁹

An example of a buy-and-build is the 2012 Summit’s acquisition of Infor, one of the world’s largest providers of enterprise application software. According to the firm, they worked closely with management to source and evaluate several acquisition opportunities to “broaden product reach and capabilities”. ¹⁰ Since Summit’s investment, Infor has completed nine strategic acquisitions, including GT Nexus, the world’s largest cloud-based global commerce platform. As a result, by 2017, more than half of Infor’s software revenues were derived from its cloud applications. The company added 13,000 customers since Summit’s 2012 investment and grew its employee headcount by 3,000 over five years. In 2020, Infor was acquired by Koch Industries in a deal pegged at nearly $13 billion.¹¹

More recently, many fund managers started to consider sustainability factors as a potent driver of oversized returns. A premium on active ESG value creation is cited as the top driver of ESG initiatives in private equity. ¹² These initiatives may include energy-efficient improvements, better supply chain management, strengthening occupational health and safety, improving decision-making or engaging with the workforce for talent retention.

In 2017 British private equity fund CVC acquired Żabka, Poland's largest convenience store chain. Before the CVC’s investment, the company “had a high franchisee churn rate, which was disruptive to the business and had a negative impact on customer satisfaction”. ¹³ When the fund acquired the retailer, Żabka had around 4,500 stores, managed by 3,000 franchisees.

CVC identified a number of ESG-related efficiencies and savings. For example, to replace refrigerants in 2,200 stores, reduce the plastic packaging of some products and increase sales of plant-based foods. By slashing the packaging weight for one of the chain’s sandwich brands alone, they eliminated three tons of plastic waste. Żabka became the first retailer in Poland to use 100 percent recycled plastic bottles in its branded beverages. They also launched a broad program to reduce CO2 by at least 5 percent per year and reach net zero by 2050. More recently, Żabka unveiled its first all-green energy store in Warsaw, which includes a kinetic floor, converting footsteps into energy, photovoltaics and the use of quantum dots technology to obtain solar energy through the windows. ¹⁴

Digitalization is another increasingly important value creation lever that may help portfolio companies increase cash flows and profitability. According to a 2022 KPMG survey, tech investments and digital transformation will double in importance over the next three years for private equity firms. ¹⁶ More technologically advanced companies are easier to integrate and can play well into buy-and-build strategies. These companies will also very likely attract a higher premium once sold. For example, shares of listed non-technology companies that implement digital technologies are valued significantly higher than firms that don’t, by up to 23 percent. ¹⁷

Digitalization is used to streamline processes, reduce costs or redirect resources toward more value-added activities. Private equity firms can, for example, help refine sales processes using a system that tracks customer journeys. In logistics, sophisticated sensors are being widely implemented to have greater visibility over shipments and generate predictive analytics.

An example of how digitalization may play out in value creation strategies is Bain Capital's investment in Kantar, a marketing research and media company. ¹⁹ The company was looking for ways to digitally transform and implement better processes, supplier and risk management, data collection and analysis and spend control. The consulting firm KPMG worked with Kantar to develop a “robust business case” and assisted with sourcing the right cloud-based procurement technology platform. The team then implemented the chosen technology and methodically started to unlock best practice source-to-contract processes and supplier risk analysis tools. Equally important, the firms ensured that the Kantar team was engaged in the journey and trained in the new system from the get-go. “The new system gives the company greater procurement control, agility and risk mitigation,” KMPG described the results in their report. On the back of the new system, Kantar can now implement new tech processes and create further value. ²⁰

‍This content is for informational purposes only. Moonfare does not provide investment advice. You should not construe any information or other material provided as legal, tax, investment, financial, or other advice. If you are unsure about anything, you should seek financial advice from an authorised advisor. Past performance is not a reliable guide to future returns. Your capital is at risk.

Going for growth: Asia’s private market opportunities in 2022 and beyond

With a record-breaking 2021, Asian private markets took the lead from the U.S. with almost 12,500 VC deals inked. Is private equity in Asia set for more growth?

How will private markets respond to an expected recession? In this post, you will read about how PE is suited to survive and even thrive amid the chaos.

2021 capped a five-year run that saw $1.8 trillion netted in new buyout capital. That makes it the second best year in the industry’s entire history. To put it bluntly, the pandemic was good for Private Equity.

Benefit from what institutional investors already know: the greatest shareholder value comes from private markets, and funds like those offered on Moonfare have generated an average IRR of 19% — outperforming the S&P 500 by 13%.²