Vinod Khosla: "I don’t mind failing, but when we succeed it has to be worth it" 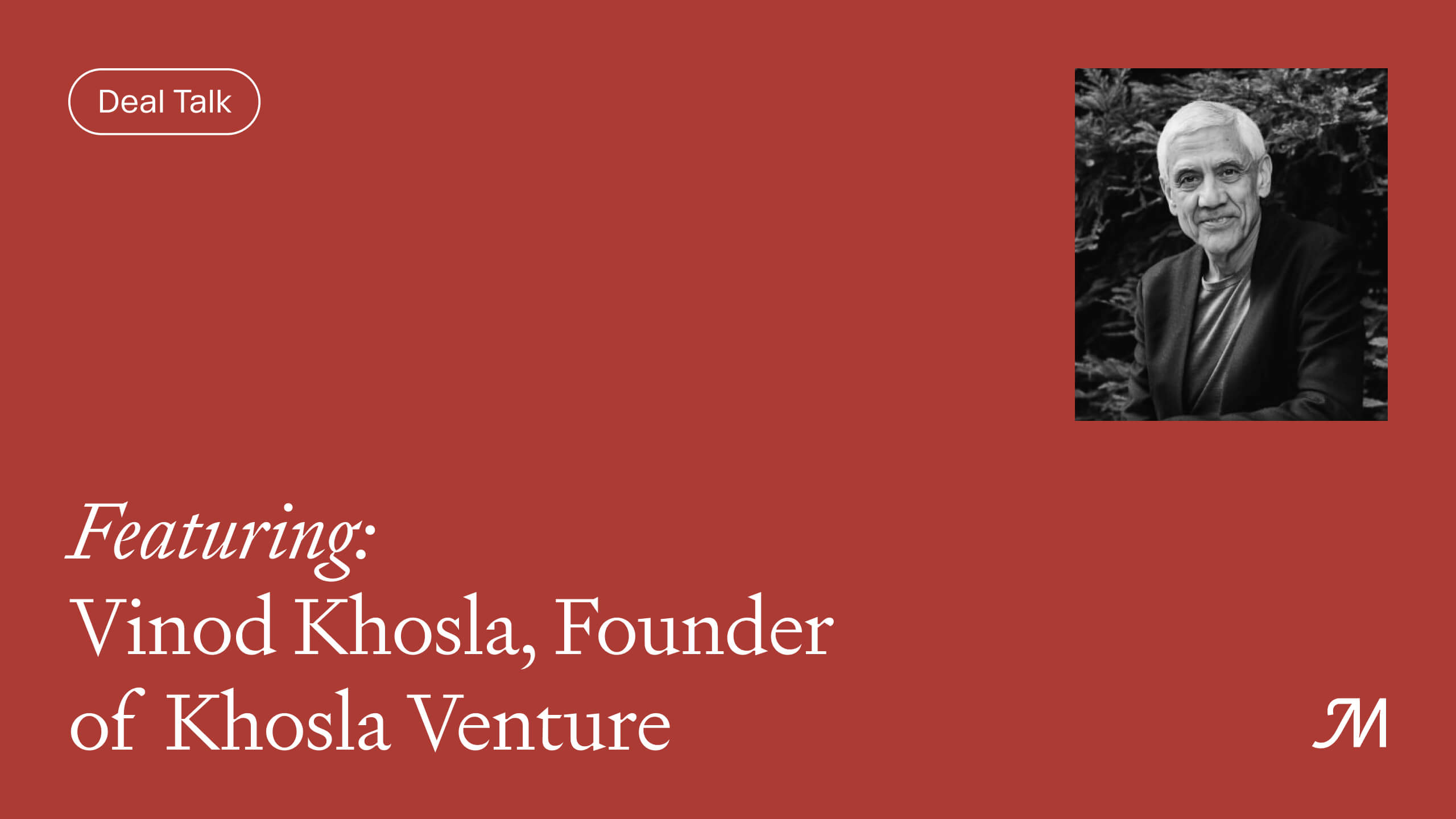 The legendary Silicon Valley investor talks about his investment strategy, contrarian views, passion for groundbreaking tech and why he spends his time reading scientific papers.

Khosla, born in India, dreamt of starting his own tech company when, as a teenager, he first heard of Intel.

Soon after completing his MBA at Stanford in 1980, he co-founded Sun Microsystems and then moved to venture capital by becoming a partner at Kleiner Perkins. There, he caught a “black swan” by investing $3m in Juniper Networks, a company making telecom gear based on internet standards. Within just a few years, the internet boom had netted Kleiner Perkins a $7 billion return on its investment.

In 2004, Khosla left Kleiner and started his own venture firm - Khosla Ventures (KV). The fund “fundamentally likes large problems that are amenable to technology solutions”.

KV has been an early investor in some of today’s tech behemoths, including Stripe (online payments) and DoorDash (food delivery). According to Crunchbase, their current tally of portfolio companies stands at almost 1000 investments, with 126 exits to date.

TechCrunch described Khosla as someone who “likes to go his own way, which is why he’s been so successful”.

“Everything we can imagine technologically, we can invent,” Khosla sums up his philosophy. The fund seeks out “unfair advantages”: proprietary and protected technological advances, business model innovations, unique partnerships and top-notch teams.

In Khosla’s opinion, the areas for invention and investment have significantly expanded in the last ten years. “Every part of GDP is now open to tech disruption,” he says, pointing to car rentals and hotels as good examples of industries disrupted by new market entrants.

But the sources of reinvention are almost never the old incumbents, reckons the 66-year-old investor. His case in point: Hertz could not reinvent mobility as Uber has or, similarly, Lockheed could not reinvent space as SpaceX has.

The upside of investing in big ideas

Khosla brands his approach as “option-value investing” in companies with large markets and breakthrough technologies. This means that either the money expires, or you build a very successful company.

In his view, most people in business reduce the probability of failure to the “point where the consequences of success are, in my view, inconsequential”.

Khosla, on the other hand, doesn’t mind a “larger probability of failure, with sufficient diversification in each fund. When we succeed, it has to be worth it,” he told the Moonfare audience.

He also doesn’t follow a traditional investment playbook of capital preservation and focusing solely on returns. “Venture capital is interesting because you can only lose one-time your money. People gasp, but you have to look at the other side. If you can make 50-times your money and only lose one time, that’s a pretty good deal,” Khosla explains.

The maverick of investing

Going into uncharted territories is Khosla’s trademark. “Every two or three years”, KV starts investing in places others won’t go to. “We invent a category that traditionally hasn’t been opened to venture capital. We explore the space and we make it exciting”.

For example, KV started investing in climate businesses already back in 2006. One of the early seed investments was Quantumscape, an electrical energy storage company. This battery builder went public last year and currently has an $8,5 billion market cap.

“They looked at me funny when I said I am investing in plant-based hamburgers,” remembers Khosla, referring to his early investment in Impossible foods, developer of plant-based substitutes for meat products. “There was only one person, not even a company,” he recalls. Today, Impossible foods is reportedly going for an IPO at a $10 billion valuation.

Khosla is also interested in sustainable aviation and energy production, having invested in several start-ups that aim to reinvent the industries. One investment that the legendary investor speaks with special ardour is Commonwealth Fusion Systems. The company plans to bring fusion energy technology to market.

“Hopefully, we’ll generate heat in three years and then replace every boiler in every coal or natural gas plant in the world without a heat engine… You can tell I am excited about these things. I feel like I’m 17 years old,” Khosla jokingly remarks.

When people ask Khosla about the next big thing in his portfolio, he has an answer ready. “3D printed houses with new materials that would make them lighter, cheaper with way less carbon footprint,” he responds.

He also sees healthcare, synthetic media, advanced robotics, remote work and new medicine as technologies that have the potential to define the next decade. “This is what drives me at my age,” adds the India-born investor.

Khosla’s passion for tech solving the world’s biggest challenges seem to be only matched by his curiosity.

“I read a lot. From scientific papers on polymer construction material to fusion reactors and cancer research,” he says. That provides him with a reservoir of insights that he then applies across industries. Learning science, Khosla says, is “fun, real and often more surprising than fiction”.

If you are interested in the exciting world of private markets, create your Moonfare account in a few minutes.

David Fialkow, co-founder of General Catalyst: Now is time to invest in VC and this is why